'Succession' actor Brian Cox can't defend Logan Roy, but he can relate to him

Scottish actor Brian Cox says Logan Roy, the ruthless business tycoon he plays on the HBO series Succession, is one of the most extraordinary roles he's ever taken. The patriarch in a family-run conglomerate that includes a conservative cable news network and a cruise line, Logan has little regard for ethics or morality.

"I don't defend Logan in any way," Cox says. "One of the jobs as an actor is we cannot judge our characters. He is a misanthrope [who] is very disappointed with the human experiment."

Cox says he can relate to the anger his character feels: "I have, personally, a lot of anger in myself, partly because of my background."

In his new memoir, Putting the Rabbit in the Hat, Cox looks back on his childhood in Dundee, Scotland. His father, a grocer, died when Cox was 8, which put the family in poverty. Though his mother received a pension every Friday, the money didn't always last through the week. Sometimes, by Thursday, Cox was forced to ask for hand-outs.

"I would go to the fish and chip shop across the road from us and I would ... [say], 'Listen, can I have some batter bits?' Batter bits are the bits that lie at the back of the pan," Cox says. "And he would give me a bag of batter bits, and that would be our dinner."

Cox entered the entertainment industry in the 1960s, at a time when working-class actors were beginning to break through and gain respect. He worked extensively with the Royal Shakespeare Company and played King Lear with the Royal National Theatre. He also spent decades acting in TV and film, including in the movies Braveheart and Manhunter, before landing his current role on Succession.

On Logan Roy's relationship with his children on Succession

He loves [his kids]. But where's the reciprocal? They just see him as a cash cow so much of the time. And that's the dilemma of the part. ... He's constantly caught in this dilemma of loving his children but finding them constantly wanting as individuals. I don't think he's capable of expressing love in that way. I think that's his problem. He can't do it because of his background. ... We are the sum of our history. And Logan is the sum of his history, which is a mysterious history and there's a thwarted history.

His anger is based on the stupidity around him. The other thing about Logan is, what people forget, is he fires people and rehires them. This is what he's done. ... There's two families in the show. There's the kids, but there's also the people he's worked with for the last 30, 40 years: Gerri, Frank, Karl, his financial director. And what really is interesting about that, from my point of view, even though he's treated them in sometimes really appalling ways, there's something that's ultimately loyal about his relationship to his staff, which people don't even notice. ... There's an element of caprice, but there's also an element of constantly testing people, constantly testing their loyalty. And it's exhausting.

On his castmate Jeremy Strong's intense approach to the role of Logan's son Kendall Roy, which was detailed in a controversial New Yorker profile

If it's working within the scene that's fine, but I'm not going to attach myself to [that method] ... I never let it get in my way, because I just accept that that's what [some actors] do. My worry is their responsibility to the community, because it's a communal thing. It's a group thing. It's not just about your performance. It is about all of our performances and the harmony we create and the tensions that we create within that harmony. ... We have the same intention of getting the program out and making it the best we can. That's my only question. ... The group dynamic is very important. When you've got a great group dynamic, you always have a great show, and Succession is about the group dynamic. That's what's so powerful about Succession. And also, you get some great performances, including Jeremy Strong, in the middle of it, and that's also great. But my thing is, the group dynamic is very, very important.

On why he doesn't like staying in character between takes or doing method acting, like Daniel Day-Lewis did when they worked together on The Boxer

You've got to be able to walk away. You've got to be able to turn on a dime. You can't get over-attached, because once you're over-attached, you lose your sense of perspective. And with anything in drama, you've got to have the perspective of what you're doing. You've got to keep perspective going, because that's the momentum of whatever is happening within the given play or film or TV, the drama. [Daniel Day-Lewis] was fascinating. He was great and he's a great actor. I'm not going to knock that because I think whatever gets you through the day – fine. The only problem is the effect it has on the community. Now, when we've got actors all working in a certain kind of way and there are demands made that are seemingly selfish or self-serving, it becomes really, really problematic.

On the musicality to his voice and how he delivers lines

I have a God-given gift, which is my voice. One of the great things for me as an actor was to listen to the voices of other actors. ... So language has always been the thing to me and how you use language. And I have an instinct for it. ...You've always got to base in the truth: It's subject, verb and object. That's what you have to base it in. It's simple grammar. And when you understand the principles of drama, then the cadences of the voice take on those principles. It's as simple as that. But if you don't understand subject, verb and object, and a lot of people don't, a lot of actors don't, a lot of American actors don't, they see it emotionally, and they don't see it in terms of clarity. The emotion thing, of course, has got to be there, but that's a given. But the thing is clarity, and the thing is actually making the audience listen to you. How do you make an audience listen to you? And you make the audience listen by being clear and by inhabiting the line, by understanding where you are on the line. And this goes right back to Shakespeare in the iambic pentameter.

On becoming an actor at a time when there was starting to be more social mobility in the U.K. and working-class actors were gaining respect

It's a feudal society, and it's everybody in their place, and the great thing about the '60s was that anything was possible. You were encouraged to be who you were. You were encouraged to be able to talk in your own accent. ... Ironically, the Scottish thing didn't kick in until later. So actually, I started out playing a lot of Liverpool people or [people from] Yorkshire. ... So that was the sense of social mobility.

The other great influence, of course, at the time was what was happening in music, because it was the time of The Beatles. It was the time of The Rolling Stones. It was the time of The Who, The Kinks. So the music thing had burgeoned. When I watched that wonderful documentary with Paul McCartney, Get Back, from those days when they recorded the last album, it moved me to tears, because that was the energy that was so in the atmosphere that anything was possible, that we could do it. Subsequently it dissipated horribly because of everybody saying, "Oh, just remember who you are!" And it's still as feudal as it ever was and the people won't even see it, because it's kind of hidden. It's in the fabric of society.

Sam Briger and Seth Kelley produced and edited this interview for broadcast. Bridget Bentz and Molly Seavy-Nesper adapted it for the Web. 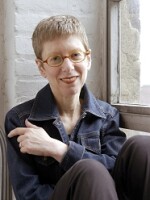 Terry Gross
Combine an intelligent interviewer with a roster of guests that, according to the Chicago Tribune, would be prized by any talk-show host, and you're bound to get an interesting conversation. Fresh Air interviews, though, are in a category by themselves, distinguished by the unique approach of host and executive producer Terry Gross. "A remarkable blend of empathy and warmth, genuine curiosity and sharp intelligence," says the San Francisco Chronicle.
See stories by Terry Gross

Terry Gross
Combine an intelligent interviewer with a roster of guests that, according to the Chicago Tribune, would be prized by any talk-show host, and you're bound to get an interesting conversation. Fresh Air interviews, though, are in a category by themselves, distinguished by the unique approach of host and executive producer Terry Gross. "A remarkable blend of empathy and warmth, genuine curiosity and sharp intelligence," says the San Francisco Chronicle.