EL PASO --A district court judge in El Paso upheld a county order to shut down non-essential businesses to slow the spread of Covid.

Judge William Moody reject a request for a temporary injunction on Friday saying while there is no legal precedent there is a historical one. He used the 1918-1919 pandemic as his guide and actions taken by local officials in Texas cities and counties.

“Cities like Dallas and San Antonio developed their own unique responses to the deadly flu in the manner that their elected, local officials felt was necessary to protect the health and financial interests of their individual communities,” said Judge Moody.

County Judge Ricardo Samaniego issued an emergency order last week shutting down businesses for two weeks as hospitals in El Paso filled up with COVID-19 patients. As many as 40 patients have been flown to other Texas cities for treatment, hospitals have overflow tents in their parking lots, and the El Paso Convention Center has become a field hospital for additional patients.  El Paso’s infection rate is above 23 percent.

el_paso_shutdown_upheld_mixdown.mp3
Listen to 34th District Court Judge William Moody issue his ruling. This audio is not an official court record.

The Texas Attorney General will appeal. The attorney general joined a group of El Paso restaurant owners in requesting the injunction, arguing only the governor can order a shutdown.

Many El Paso business owners have defied the county’s shutdown order and remained open. County Judge Samaniego does not have support from the mayor and, city police were not enforcing the order. They left it to sheriff’s deputies.  But in a late afternoon press release the city said  the police department, all city code and emergency personnel would begin to enforce the county order.

This past week many businesses stayed open in spite of the order. Foliage hair salon is among the businesses still taking client. Inside the mostly empty salon a stylist was busy blowdrying a woman’s hair. Another customer said she was aware of the shutdown order but not worried because of health safeguards in place.

The newly coiffed woman declined to give her name as she left the salon.  "They're doing all the precautions," she said.

At one small shopping center, all but one of the seven businesses were open including a couple of restaurants, a postal store that also sells gourmet coffee, chocolates and gifts, and a private tutoring company. Inside Tacos Don Cuco a woman working behind the counter said while the dining area is open until 9pm most orders are to go or curbside service.

Ariel Arredondo, co-owner of the restaurant said getting mixed signals and confused about whether the county judge can force him to close down. “I’m not an expert to understand who is the higher authority,” said Arredondo.

He feels more pressure to stay open for the 200 employees who work at 11 restaurants across El Paso. “A lot of families are on my shoulders, just to take a decision without understanding exactly what I need to do,” said Arredondo.

The manager of an upscale bistro a few doors down is also worried about his staff.  “We need to keep our employees working. We have stuff we have to pay. They have families they have to feed,” said Rito Amador. He did not want the restaurant identified because of the risk of getting a citation for staying open.

As the battle over whether local authorities can order a shutdown during a pandemic moves through the courts, many El Paso business owners plan to stay open until there’s a clear decision. 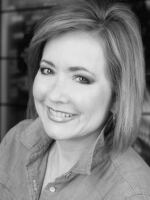